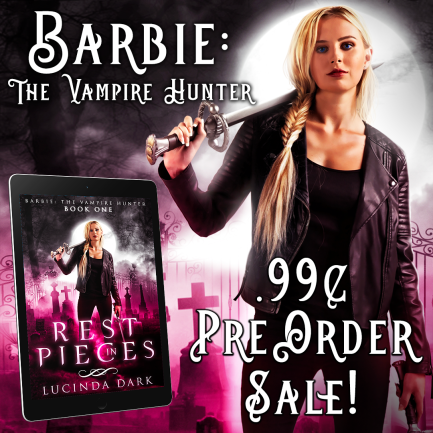 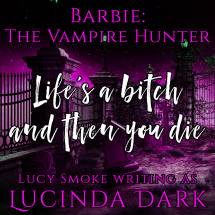 Ashes to Ashes. Dust to Dust. If vampires kill your entire family, vengeance is a must.

I can’t say my parents never warned me about vampires. I just never believed them. Not—that is—until six months ago when vampires broke into my home and killed my family. Thanks to all the skills my parents taught me, I managed to escape but I couldn’t save them.

Two vampires down and the rest of the world to go.

My bid for revenge is going to have to wait, though, because until I turn 18, I’m being placed in the loving care of Elizabeth and Jonathan McKnight—godparents I didn’t even know existed. The clock is ticking until I can get back to my goal of eradicating the vampire race. But something is amiss at my new high school. According to my parents, vampires can’t walk in daylight. So, why then, does Torin Priest? If he’s not a vampire, then what is he? Because unlike the obnoxious asshole, Maverick McKnight, who sees me as some sort of bloodsucking leech on his wealthy family, Torin Priest is most certainly not human.

To stake or not to stake, that is the question.

In the darkness of Nerys Newblood’s mind, there is an ancient voice.

Obidian is a spirit guide, thousands of years old, and Nerys is his new host making her his Daimon. The only issue is that in Nerys’ Kingdom, Daimons are outlawed. To be found out as a Daimon, a human with untapped magical power, will surely sentence her to death.

Pursued by a vengeful king and thrust into a journey of escape, Nerys finds the lives of five incredible men in her hands.

A talented druid.
A curious changeling.
A thief.
An outcast.
A best friend.

All potentials drawn in by the untapped power within her.

But when betrayal shatters the budding relationship between them, the last vestiges of hope for freedom are destroyed. Between the wrath of the king and the ailment of her spirit guide, someone must pay an ultimate price.
***This book is a reverse harem title***

In the pitted depths of despair, a flame burns ever eternal – a Daimon’s strength to do what she must.

Nerys is determined to rescue Coen. She and her potentials make the treacherous journey back to the place where it all began. Matric’s Kingdom—Euron. But what lies in wait is something much deadlier than the recently deceased king.

A new darkness has escaped its confines, ready to reign and wreak havoc.

The world begins to unravel and with it, the Gods’ plan for Nerys is revealed. Though it may mean the destruction of her own life, Nerys will be the weapon to end the coming war.

Quinn Darkova, freed from the chains of slavery, wants nothing more than vengeance against those who sold her. But with her dark powers on the rise and her ascension nearing, Quinn’s blood retribution will have to wait in favor of her immediate survival.

Lazarus Fierté is a nobleman without equal. He’s as controlling as he is stubborn, and for the last six years he’s been waiting for a woman to appear—but not just any woman. A Maji of great power, capable of terrible things. She could be the key to everything he holds dear.

His savior … or his destroyer.

The only thing he didn’t predict was that she would become both.

*Please note, this is a dark fantasy series. There is a heavy romance subplot between two consenting adults but the material is dark in nature. The characters are not heroes. This isn’t a story about saving the day. If you’re looking for a series that’s romance dressed up as fantasy, this is NOT it. If you’re looking for Game of Thrones level of fantasy, this will have too much romance for you. If you want a dark fantasy about characters that are antiheroes on their best days and the villains on their worst…this is for you.*