Raised by her Aunt, Alexandra Hensley grew up determined to put the past behind her. The father who died when she was just a baby. The institutionalized mother who had no memory of her.

When the trio meet Dante Delavega, owner of the hottest nightclub in Sydney, he hovers over Alex, all but completely ignoring her friends. His actions cause tensions to arise between the three.

Alex doesn’t want to lose Matt or Lauren but learns Dante holds the key to her past. When she discovers what really happened to her parents, she unlocks an Australian secret kept hidden since the First Fleet.

But no truth comes without a cost and a secret of this magnitude has only remained hidden due to one simple rule: they join us or die. Suddenly, Matt and Lauren disappear and Dante’s greatest battle begins. Can he truly save Alex? Or will Alex have to make the ultimate sacrifice for those she loves? 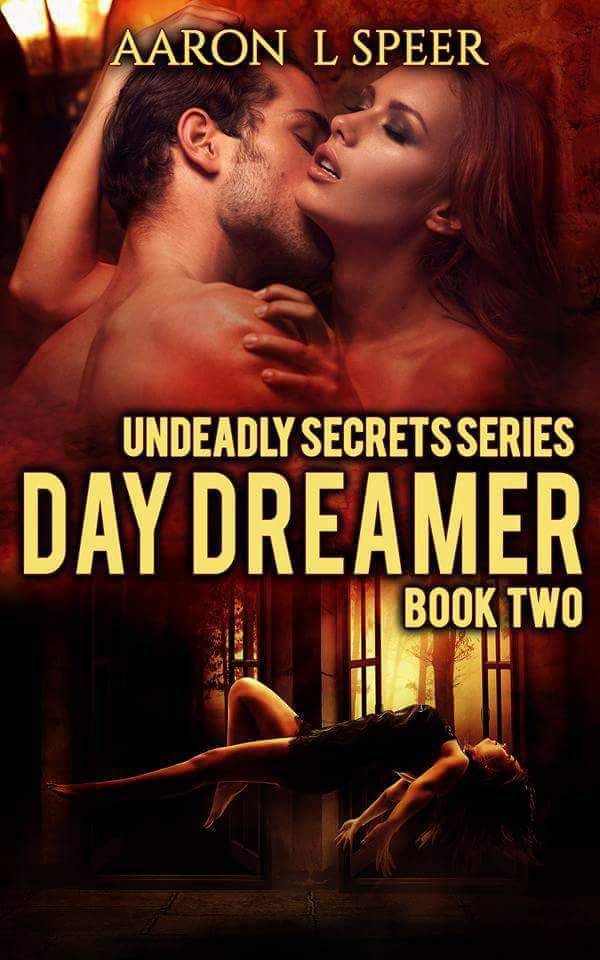 Alex Hensley thought that discovering vampires existing in Sydney was as dangerous as her life could possibly get, but she was wrong. Her very survival still depends on her ability to keep the secret.

Just when Alex believes she has a grip on her new life, Nicholas, the teenage son of her estranged cousin shows up unannounced and gives her a chilling note from his mother, begging for help; the boy is in grave danger.

Nicholas, though kind and mild mannered is not forthcoming and Alex senses something is dreadfully wrong. The more Alex delves, the closer she is to igniting a war more personal for her than she ever dreamed. Though she cannot turn the boy away, something perhaps even worse than vampires has been unleashed in Sydney.

The vampire nation scrambles as tensions rise. Their hold over the city has never been challenged like this, and they would rather destroy Sydney than relinquish it.

How can Alex hope to protect Nick, when the entire city is under threat and Alex can warn no one?

Ideals will be shaken. Friendships will be tested. Allegiances will be questioned.

The streets of Sydney will shatter as a bloodthirsty battle, once thought to exist only in myth, rises at the full moon.

No victory comes without cost. For Alexandra Hensley, that cost was crippling. She has no time to pick up the pieces of her shattered heart as another test of courage looms; the nightmare no one saw coming.

The Shadow Killer is unlike anything Alex has encountered.

As vampire allies join the hunt for him, she realises the paranormal is no longer being hidden. The secret is out and spilling onto the streets.

When it seems they are closing in on the killer, his true intent is discovered.

There is a way to defeat him. There is always a way. But there is always a price. Time is running out and the choice must be made. What would you give up to save the person you love the most?

A Trilogy has been standing… Waiting… Now the

Alexandra Hensley awakens to a world she doesn’t recognise. The city is covered in eternal night and nothing makes sense. As she tries, desperately, to piece the past together, a well funded government sect emerges out of hiding.

They’re heavily armed and packing an arsenal of knowledge about the supernatural forces in Sydney. One question needs answered quickly.

Are they FRIEND or FOE?

In England, Alicia Slade is faced with her own desperate question. Let her infant grandson be used as a pawn in a tyrant’s plans for domination? Or enter a civil war to retrieve him?

For her, the choice is clear. For her potential allies, it’s not so simple. Will Alicia have to face the insurmountable odds alone or is help not as far away as she thinks.

And will it be enough to defeat an entire army?

Check out these trailers for a hint of what’s in store for you if you dare:

*PEACE KEEPER EXCERPT AND GRAPHIC: UNEDITED AND SUBJECT TO CHANGE*

“I don’t give a shit, corporal. Give me command on the radio and I’ll tell them that myself…who the hell are you?” Nightingale asked the rather broad and tall fellow that had stepped into the tent. The stranger didn’t wear a uniform, and sported a tan yet with the most ghastly, waxy skin he had ever seen. Pale green eyes.

“No one of consequence, really,” the stranger said.

“We are well past standard pointless military jargon. I’m here to help. Where is the nearest enemy embankment?”

“Pointless? Do you have any idea who you’re talking to?”

“None. And I care even less. This is getting us nowhere,” the stranger said, looking past Nightingale’s shoulder and to the map behind him where he had left circles and small notes. “I’ll start there.”

A Short Story that had Amazon Reviewers Angela R. warning: “Don’t Read This In The Dark” and KL Johnston proclaiming “…his craft for the written word shines.”

A traditionally published author decides to self publish a new work in the hopes of igniting her stalled career. Despite roaring success, she uses lies and a fake author personality to build up a following. Her deceitful tactics come to the attention of The Independents, who have a message for her. One that may not stop with words on a screen…

The story doesn’t stop there. See who winds up in The Independent’s crosshairs in book II! Now Available:

What was supposed to be a one shot short story has taken on a mind of its own and now: They’re Back!

Now Available for .99 cents or #FREEonKU

When Ben Towers receives a lucrative publishing contract for his debut novel, it is most definitely a dream come true.

But there’s just one problem.

His former best friend, Josh, takes to social media claiming that the idea for the book was stolen by Ben. Now Josh will publish the true manuscript as an Indie author.

The controversy drives interest in the book through the roof, and although this pleases Ben’s publisher, they ask him to confirm absolutely that the book is indeed his idea, as lawyers are now necessary.

When Josh is shut down in all his avenues, the pathway to the release event is clear. Or so Ben thinks…

Haven’t met the Speerverse TRINITY yet?

And who’s Duke? Will they soon become a Quaternity?😉

The Saga Continues in:

Check out these trailers if you dare:

NEXT and COMING SOON: Peace Keeper (Book 5) – Live on your knees as nothin’ or die on your feet as sumthin’

Find All the ways to stalk this Aussie bloke by going to get your FANG BITE: