Memphis Police Lieutenant Asher Cunningham is one of the best. Respected among his peers, he’s well known for his discipline, assertiveness, and remarkable intuition.

A secret he’s kept hidden until he finally decides to seek the help of renowned psychiatrist Dr. Marley Bennett. There’s something intriguing about his new therapist that makes him want to confess all of his deepest, darkest desires without the fear of being judged. But it’s the flush coloring her cheeks and those sensible skirts she wears that really tests his control. Pushing her limits becomes his new obsession, and he quickly learns that the good doctor has secrets of her own.

She’s not supposed to be attracted to him. She’s not supposed to want him to possess her in all the ways he promises he can. But from the moment he steps into her office, the tattooed cop has her feeling things she shouldn’t. With every commanding word and deliberate touch, he tears down her walls one by one. And with every layer he peels back, Marley realizes she needs him more than she could have ever imagined.

These Cunningham brothers just keep getting better and hotter. The Brothers in Blue series is an absolute must and Asher Cunningham will knock your socks off!

We meet Lieutenant Asher Cunningham in book 4. He is every bit Alpha, possessive, hot, strong and the domineering male. A male who believed he had an addiction to sex. As you journey more into his story you see there is so much more to lieutenant Cunningham.

Enter Dr. Marley. She is the therapist seeing him and she is very dedicated to her job, and the other love of her life. Her daughter Layla. Once Asher walks through her doors though, she knew she was in trouble. Physically and emotionally.

When the two meet Marley keeps herself very guarded from him, but as she began peeling back the layers, she saw there was so much more to Asher and how wonderful he was.

Will Asher and Marley be able to overcome the obstacles that are in their way of a happily ever after? Read and find out!

K. Langston knocks it out of the park with another 5-star addition to this 5-star series! Highly recommend you get your one click on with this one! Cheers!

Landing my dream job has me eagerly looking toward the future. But when I see Nash Garrison after six long years, my world is thrown completely off its axis.

He was my only friend and confidant during the worst days of my life, and I fell hopelessly in love with him. No eighteen year old girl could resist his protective nature and charming grin. I was no exception.

Now, together, we’re about to bring down the man responsible for my parents’ deaths. Revenge has been the driving force fueling every decision I’ve ever made – except for Nash.

What is it about him that sends the most rational parts of my brain into a tailspin? And how do I balance on the edge of retribution without tumbling into heartbreak once more?

This is a full length, romantic suspense standalone.

Holy Outstanding! I love all of Jacob’s books but without a doubt, this is his best to date.

I love being excited about a book and going into it not know what to expect, or how to feel…Edge of Retribution has left me breathless with the best possible book hangover.

This is something different then what you are used to seeing from Jacob, If you are familiar with is work, but Nash and Zoe’s story is beyond anything expected, and completely amazing. It is full of thrill, suspense, action, and romance. Complete perfection. A strong, badass heroine and an intense, strong yet loving Hero. Nash and Zoe are the perfect combo. I loved their journey. Jacob knocked it out of the park with this amazing and thrilling 5 star must.

I had everything I needed, except freedom from my past—a past that suddenly feels like a ruse, ready to ruin everything I’ve worked for.

No matter the consequences, I’m determined to remove the chains binding me to my biggest regret.

I heard the warnings; I just didn’t give a damn, because casualties of war are to be expected.

But I never counted on meeting her.

One look, one taste, one night, and I discovered my mission is about to destroy my future.

Be careful what you wish for…

A man without a past

Jax woke up in a lab, his memories erased, and his mind reprogrammed to serve a mad woman’s will. After being liberated from his prison, he pledged himself to the only thing he truly knows-his team. Six men who lost everything they were. They must make certain no one else gets their hands on the drugs that stole their lives, all while hiding from every intelligence organization on the planet. The trail has led him to an unforgiving mountainside and a beautiful wilderness expert who may be his only hope of finding the truth.

A woman with a bright future

River Lee knows her way around the Colorado wilderness. She’s finally found a home in a place called Bliss after years lost in darkness. The nature guide prefers to show her clients the beauty found in the land, but she also knows the secrets the mountains hold. When she meets Jax, something about the troubled man calls to her. She agrees to lead him to the site of an abandoned government facility hidden deep in the forest. She never dreamed she was stepping into the middle of a battlefield.

A love that could heal a broken soul

Spending time with River, Jax discovers a peace he’s never known. Their passion unlocks a side of himself he didn’t even know he was missing. When an old enemy makes his first move, Jax and River find themselves fighting for their lives. But when his past is revealed, will River be caught in the crosshairs of a global conspiracy?

What can I say about this story?  Lexi is my ultimate one-click, never read a blurb, I don’t care what she’s writing author.  I know that no matter what is between the pages, I’ll be blown away, especially if it’s in the Masters and Mercenaries world.

Jax is one of the “Lost Boys” and while so innocent in some ways so deadly in others.  River is a gun-shy wilderness guide who learns about Jax’s secret in the worst way possible.  The chemistry these two share is off the charts but it’s the tenderness that makes the story so much better.

Twists and turns push these two apart but pull them back together at the same time.  While his past threatens her and those he cares most about can they be strong enough to find their way through.

Not only do we get more of the Lost Boys in this book, but we also get a bit more information about Ezra Fain.  However what I think I love best is the mentions of characters from The Perfect Gentleman series.  What I wouldn’t give to see those worlds actually collide in this series.  A perfect start to a series that is sure to tilt the Masters & Mercenaries world on its head. 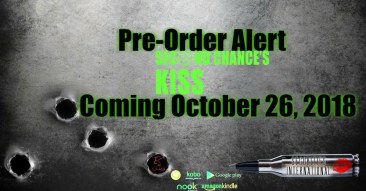 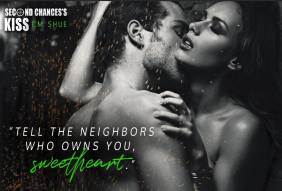 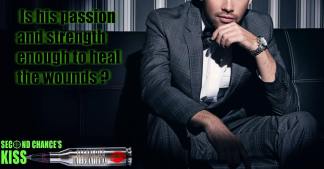 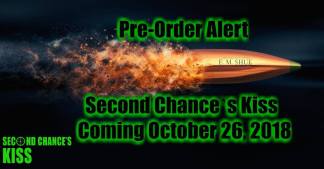 Derek is broken. His life is hanging by a thread and the woman he’s willing to take a Second Chance on is Sir’s next target. He’ll push his body to its very last breath to save Bekah and Meghan. Derek will sacrifice himself to protect them. He’s ready to live a full life and take a chance on love with the fiery red-head. He’s prepared to open up his desires to her. But will it be enough? Are his passion and strength enough to heal the wounds they both carry? Is Bekah ready to let him lead?

When the clock is ticking, and the bullets are spent will Bekah and Derek find their Second Chance?

CONTROLLING THE PAST By Anna Edwards

Are you ready to lose control?

It’s been over three decades since James and Sophie North’s parents saw their family savagely torn apart by the cruel actions of one malicious man. Both of them lost a vital piece of themselves that night so long ago. Pete was left a shadow of his former self, having failed to protect his only love. Miranda persevered for the sake of their children, but her grief remained.\

Now, more than thirty years later, the child cruelly ripped from their arms has suddenly resurfaced—and all the love in the world may not be enough to reconcile their tragic pasts. For even as Pete and Miranda are still reeling from the knowledge of their newfound son, the powerful malevolence of their old enemy is already reaching out to destroy them again…this time from beyond the grave.

For the final time surrender to control.

Anna hails from the rural countryside near London. She previously worked as an accountant, and while she still does a bit of accountancy on occasion, the majority of her time is now spent writing and looking after her family.

An avid reader herself, Anna turned to writing to combat depression and anxiety after her diagnosis in 2015. She loves travel, hunky heroes with dirty mouths, demure but spunky heroines, and dramatic suspense. You will find all four woven into each of her magical stories.

WORTH THE WAIT by K.L. Ramsey
PreOrder Sale only $1.99 until release 10/15.
Amazon:
viewbook.at/Worth_The_wait
Blurb:
Taggert Harrison knows what he wants, and he wants Piper Flynn. She is the most stubborn woman that he’s ever laid eyes on. He has spent the last year begging her to go out with him. Every Monday morning, for the past fifty-two weeks, he has asked her out only to be rejected fifty-two times. He wants to give up, but he knows how good it could be, if he could just tear down her walls. Will Tag be able to help Piper get over her painful past to move on to a future with him?
Piper Flynn witnessed the horrific murders of her parents when she was just twelve. She grew up isolated and afraid to let anyone get too close to her for fear of losing them. When Tag asks her out, everything in her wants to tell him yes, but her past ghosts keep her from taking what she wants. Tag could be her first, in every way, if she could just free her heart from the walls that she has carefully built up around it.